A Planners On-Site Discovery: This Story Takes the Cake There are times we prefer not to know what we’re eating, or more specifically what ingredients make a dish delicious. I once commented to a banquet manager about the amazing mashed potatoes being served with dinner. I asked what Chef’s secret was. He told me it was the 1:1 ratio of butter to potatoes. That’s a perfect example too much information about ingredients ruining an appetite.

Food professionals design meals with the goal of bringing flavors together to showcase them in their best light. It’s not uncommon for diners to not know exactly what is being consumed and that’s okay. However, it’s not acceptable when food is intentionally ‘disguised’ to mislead consumers into believing it is something that it isn’t. Not sure what I mean? Keep reading.

While at an ‘all you can eat’ resort, my team stopped into a breakfast café and contemplated the muffin case. We weighed the pros and cons (taste versus calories) and ultimately choose healthier options. Unable to withstand temptation, we decided to treat ourselves to an afternoon snack. We headed back to the bakery and gazed longingly at the cupcakes. And then we gazed again, looked at each other, and gazed once more.

The muffins were back, but this time they were being called cupcakes. What didn’t sell that morning as a breakfast food was frosted and ‘born again’ as a dessert. The hope was that under all that frosting, no one would recognize the recycled muffins.

The practice of repurposing foods is more common than consumers may realize. While it is not necessarily a safety or health concern, knowing what the item was originally intended as may change your decision to eat it in its reincarnated state.

Fresh fish becomes fish stew a few days later. Leftover mashed potatoes may appear as potato pancakes the next day. Fresh broccoli becomes cream of broccoli soup. Again, I am not implying this is hazardous or unethical, but it is news to many and it may reframe how you order. That said, it may raise a question as it relates to billing – if the main ingredient from one meal becomes an ingredient in another should you be charged full price for the leftovers?

If you prefer to avoid repurposed food but don’t want to waste it put a food donation clause in your contracts. The Emerson Act, which was passed in 1996 encourages donation of food and grocery products to non-profit organizations for distribution to individuals in need. Download and keep this information handy in case you need the backup during negotiations. A little information goes a very long way. 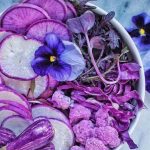 Color of the Year: Ultra VioletTasteBuzz A New Adventure in Every Bite, What's Buzzing 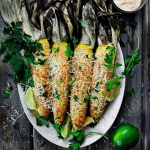 Grilled Corn on the Cobb with Husks and Mayo Sriracha SauceBuzz-Worthy Recipes, TasteBuzz A New Adventure in Every Bite
We use cookies to ensure that we give you the best experience on our website.Accept