The news on Friday that Hilton Hotels & Resorts would follow Marriott International in cutting commissions to third-party planners from 10 percent to 7 percent—a move that according to one recent study will eliminate $10,000 on average from independent planner annual incomes—was met with a combination of groans, sobs and not a little bit of anger from some quarters. That was quickly followed by announcements from new and established groups offering to help with the transition to what many have resigned themselves to acknowledging is the new reality.

How did we get here?

Tracey Smith, executive director of Senior Planners Industry Network, SPIN, has seen the impact of decades of economic cycles on events and the people who manage them. “Just in this century, we saw the downturn of 2000 and the additional hit from 9/11 when a lot of people were laid off and gave up on full time work in favor of going into business for themselves,” she says, recalling the establishment of the independent planner role in the industry. “That was when it was a relationship business and you were valued for your Rolodex and your ability to deliver on negotiations.” The industry grew as the economy improved and even thrived during a short buyer’s market in 2008, according to Smith. In a world of decentralized and ever-changing hotel staff, digital RFPs and transparent pricing, Smith laments that event planning it has become much more transactional—a commodity.

Jan D. Freitag, senior vice president of lodging insights at hospitality research company STR, echoed that 2017 was both a seller’s market and a transient-oriented one. His research shows that by all measures—occupancy, RevPar and ADR (average daily rate)—hotels had their best year ever. However, since the Great Recession of 2008, transient demand has increased more than twice as fast as group demand and the brands are responding by building less meeting space, making that segment a smaller percentage of their business. “Demand is coming disproportionately from transients,” he said. Moreover, supply coming online in the next few years reflects that changing market, with more than 70 percent of rooms under construction part of limited-service properties with equally limited meeting space. “Very few ballrooms are being built,” he said. And that impacts the need to recruit new group business.

SPIN conducted a survey of members in the weeks before Marriott’s April 1 commission change went into effect for planners not part of the major site selection companies HelmsBriscoe, HPN Global, ConferenceDirect and Maritz Global Events (Experient) and calculated the above figure that the cuts will result in an average loss of $10,000 per planner in 2018. It also found that the average number of years these planners had been running their companies was 14 years. Very few reported working on a commission-only basis with a mixture of flat fee, project-based and a combination of commission and fee models in place.

The SPIN study showed that 88 percent of respondents were women, and 49 percent own their own business. Many of them are very successful, earning six-figure incomes.

Suzanne Spaner, founder of one of those women-owned businesses, Meeting Matchmakers in Atlanta, Georgia, bemoaned the prospects for many of those companies and what it means for the industry and families. She spent the beginning of her hospitality career at Marriott and Ritz-Carlton Hotel Company working long hours. After giving birth to her first child, she pursued her dream of opening her own business. “I am passionate about this industry and love hospitality and my clients,” she said. She also enjoyed the ability to work from home, something she is worried will not be an option for others now that it will be more difficult to work independently and make a living. “This is going to hurt stay-at-home mothers trying to provide for their families,” she said.

“The commission cut was a slap in the face, telling us that we need to go back to those relationships,” Smith said. “Eventually the industry will turn again and we need to be prepared,” Smith predicted.

The change in business model may also require some small business owners to improve their focus on basics, such as marketing, legal and financial issues, things that may not have been their core competency. SPIN is positioning itself as a resource for those people by producing recorded webinars that can help fill in the missing skill pieces at a critical time.

A new industry group, Meeting Planners Unite, where Spaner is on the board, is looking for ways to develop new revenue streams for independents. This could include finder’s fees from nonhotel suppliers—audiovisual companies, exhibit and transportation companies, possibly destinations.

Dallas-based Meeting Professionals International (MPI), which has long included entrepreneurship courses as part of its web-based education, recently launched MyMPI Online Discussion Group as a resource for independent and small business owners and offers discounts to independent planners on MPI Academy certificate courses. In January, MPI President and CEO Paul Van Deventer issued a statement that said “As an association, MPI’s focus is on ensuring the long-term and sustainable financial health of the events industry, and raising the professionalism of those who work in it.”

Christy Lamagna, founder and master strategist at New Jersey-based Strategic Meetings & Events, called the decision a wake-up call to all event planners as the industry is fragmented and doesn’t have enough cache or respect. She suggested coming together on Global Meetings Industry Day to share the message that what planners do is not only important for the bottom line of companies, hotel properties and the economy as a whole, it requires a trained professional with the experience required to manage business goals. “A successful event is not something an executive assistant with a ton of other things on her plate can do in her spare time,” she said. “We need to come together and establish minimum standards for what we do.”

In the meantime, Lamagna is going to continue doing the best she can for her clients. “I am not going to let someone else’s bad behavior impact my good behavior,” she said. 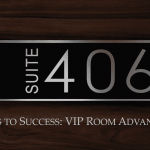 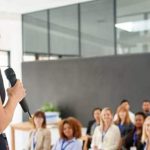 Be the Author of Your Strategic Vision and StoryArticles, News Flash, Resources, Strategic Planning
We use cookies to ensure that we give you the best experience on our website.Accept