How to Keep Meeting Attendees Off Their Smartphones 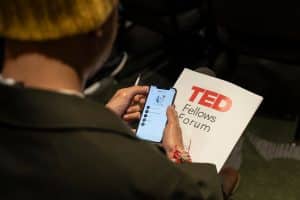 In the era of smartphones, the traditional meeting format of a presenter with a slide deck is no longer acceptable. Meeting organizers are deploying various strategies to keep attendees focused.
— Rayna Katz

What’s small, sometimes silent but super noisy at other times, and jam-packed with information?

The answer, of course, is a cell phone, and that tool—along with smart mobile devices generally—is a big competitor for meeting planners when they’re trying to capture the attention of attendees.

By 2015, 64 percent of adults around the country, or nearly two-thirds of Americans, owned smartphones, according to the American Trends Panel survey, a 2015 study of cell phone usage by the Pew Research Center. Even more telling, that amount is nearly double the 35 percent of smartphone owners that existed in the United States just four years earlier, in 2011.

“Smartphones serve as an access point for navigating a wide array of important life events, from health conditions to new jobs,” the research stated. “Americans are not only using their smartphone to find information about jobs, but they’re also using their phones to apply. Fully 18 percent of smartphone owners overall have submitted a job application via their mobile device.”

So how can planners get, and keep, attendees’ attention when they’re up against the appeal of technology?

Independent planner Dahlia El Gazzar, who runs DAHLIA+, advises meeting organizers to ask attendees what they want, and to drill down on that information. “I believe in co-creating the content, in terms of the speakers, format, etc. If they want to talk about event technology, do they want a blueprint as a takeaway on how to reevaluate their tech stack? Or maybe they want to know how to put together a plan or a calendar. That may dictate how interactive the session will be.”

She also suggested embracing technology rather than fighting it. “In the ‘digital distraction age,’ if you can’t beat ‘em, join ‘em. A host of technologies have been developed to support this approach, from apps for live streaming or polling to those that offer matchmaking and resource posting.”

Another tech fan is Tracey Smith, executive director of the Senior Planners Industry Network, who likes using chat bots to engage meeting delegates. “It’s helpful to attendees and it speaks to the need for instant gratification.”

“If the content is compelling, you don’t have to worry about digital because attendees are face forward, not head down,” she said. “There doesn’t have to be gamification.”

She does, however, advise taking steps to make sure a meeting’s design is smart. “Savvy planners know that locking attendees in a ballroom for hours accomplishes nothing. Breaking learning into smaller segments, catering to different learning styles for the multiple generations and learning preferences, adding breaks that stimulate energy not carbohydrate comas, creating breakout content so attendees can target their time to what they need to learn, and asking the right questions to measure learning success are all critical components of the process.”

For Smith, low-tech games work. “At our conference we asked, ‘Who’s your favorite dead rock star?’ Or we might say ‘Who is a dog person?’ at an event. We make it easy to find a similar soul to talk to, and we don’t discuss work much, we try to get to know each other on a human level.”

The key is getting attendees to talk to one another.

“Instead of having a talking head and the audience, there’s more engagement with attendees by having them discuss content among themselves,” she said. “We learn more from each other than from any other format.” 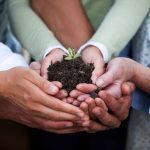 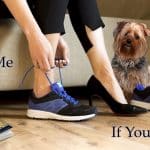 My Life as a Master Strategist – Catch Me if You CanBlog, Resources
We use cookies to ensure that we give you the best experience on our website.Accept