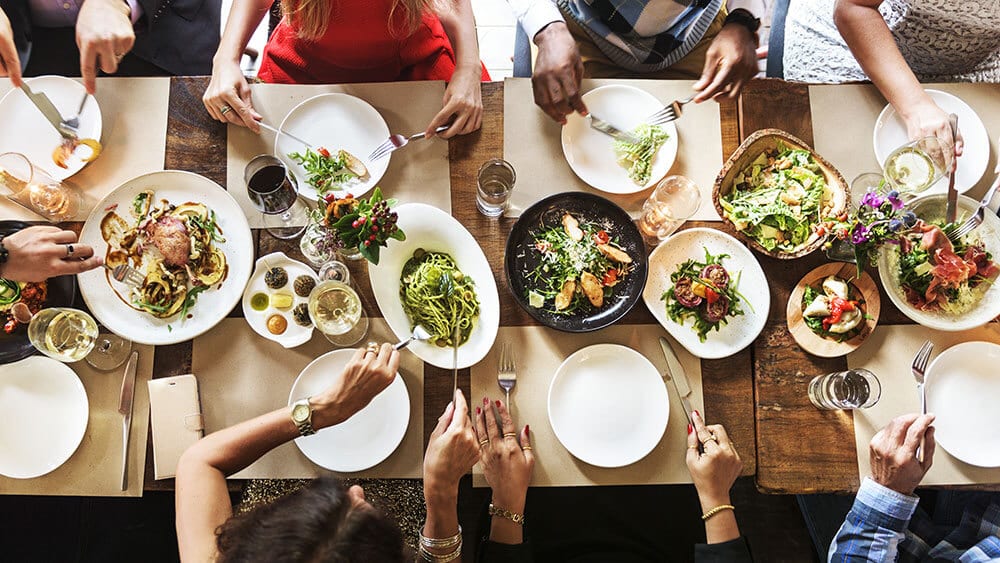 New research suggests that sharing plates of food leads to improved negotiations, an idea that business events professionals could use to enhance cooperation at events.

Are you planning a team-building activity or brainstorming workshop at your next event? The results of a recent study by Ayelet Fishbach of the University of Chicago and Kaitlin Woolley of Cornell University would indicate that the way you serve a meal before or during the program could enhance cooperation among participants. 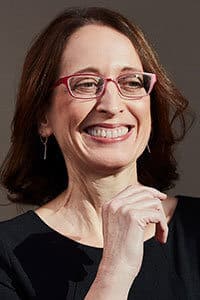 Published in the journal Psychological Science, results of the study, “Shared Plates, Shared Minds: Consuming from a Shared Plate Promotes Cooperation,” found that the act of sharing plates and passing food significantly promotes agreement among participants, even if they are negotiating a thorny issue.

Over the course of three experiments, test subjects were broken into two groups — one group of pairs who ate food together from a common plate or bowl and one of pairs who did not share. All duos were then asked to role-play and negotiate a contentious issue.

Fishbach and Woolley found that, on average, those who ate from the same bowls were subsequently more cooperative and reached agreements faster than those who did not share food. In one of the experiments, for example, those who shared plates cooperated on 63 percent of the negotiation rounds versus 42 percent of the rounds for those who didn’t share plates.

Note to meeting planners: You will not get the same results offering negotiators a buffet-style meal, Fishbach told Convene in an email. The act of passing food from one person to another during a family-style meal requires a coordination of movements, and thus each person must be attentive to the other, she said.

“Attending to your opponent is a winning negotiation strategy where, in order to do well, you should take your opponent’s perspective, evaluate their goals and assess their strategy,” she wrote. “All of these are easier if you’ve already tuned into [the other person] during the meal.”

Christy Lamagna, CEO and master strategist at Strategic Meetings & Events, said she hadn’t pondered the fact that in a family-style meal the group must coordinate physical actions — one diner pulls back from a common bowl when another picks it up. But the research results make sense, she said.

“If you and I are eating from the same plate, there’s an implied security there,” she told Convene. “It is implied we are on the same team, that you are not a threat to me.” 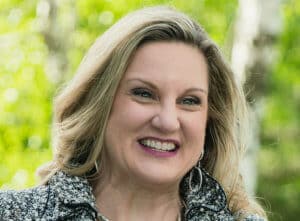 Because family-style meals give participating parties a “chance to exhale” and relax, on a subconscious level, they act as team-building exercises. It would be much more difficult to remain closed off from others in your group if you are sharing plates during a meal, Lamagna said. Conversations come more naturally, too, because everyone shares at least one common goal: eating.

The research results underscore for Lamagna that live interactions “will never, ever be replaced effectively with online or video conversations,” she said, and that when it comes to planning meetings, no detail is too small to overlook. To achieve your meeting goals, she said, “every single piece of an event should align. It’s not just the content, it’s how it is presented. It’s not just the food that you serve, but it’s how the food is served.”

Lamagna’s last point echoes not only the current study, but an earlier piece of research by Fishbach and Woolley in which they found that consuming similar foods increases trust and cooperation between people. The results of that study led the two researchers to undertake the sharing plates study.

“Every meal you eat alone is a missed opportunity to make a connection,” Fishbach told Convene. “I advise people to connect over meals. Meals are meant to connect people and we’ve been doing it from the beginning of history and across all cultures.”

Curt Wagner is an associate editor at Convene. 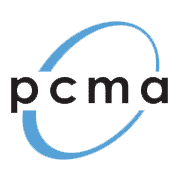 How to Make Your Small Meeting Stand Tall in Las Vegas
Almost half of the meetings held in Las Vegas involve less than 500 attendees, according to the Las Vegas Convention and Visitors Authority (LVCVA). Read more.
meetingstoday.com

While the massive events get the headlines, almost half of the meetings held in #LasVegas involve less than 500 attendees, according to the Las Vegas Convention and Visitors Authority.

Read on to learn how to make your small meeting...

If it doesn’t fit in the plan, it shouldn’t be happening. #WednesdayWisdom

Should You Ditch the Buffet for Family-Style Event Meals?
New research suggests that sharing plates of food leads to improved negotiations, an idea that business events professionals could use to enhance...
smeplanners.com

Ayelet Fishbach and Kaitlin Woolley published a study that indicates that the way you serve a meal before or during the program could enhance cooperation among participants. 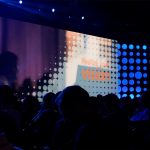 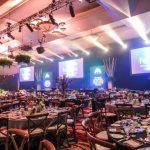 How Do Events Fit in Corporate Marketing? Eight Intriguing Women in Event Tech Share InsightsArticles, Event Technology, News Flash, Resources, Sales and Marketing, Strategic Planning
We use cookies to ensure that we give you the best experience on our website.Accept