“Teambuilding is an early indicator of economic recovery. That is, as soon as the corporate cuts are done, my phone starts ringing off the hook in order to help companies rebuild,” says CEO John Chen of Seattle, WA-based Geoteaming, an innovative teambuilding company. And recovery or not, Chen adds, “As long as a company is in business and has at least two employees, they need teambuilding activities to get the most value of one constant, paid resource — their employees.” Let’s make that engaged employees because, according to Gallup Inc., engaged workers are the heroes that drive performance outcomes for companies. They are more productive, more profitable, more customer-focused, practice safer work habits and are more stable.

Gallup suggests that in the best organizations, engagement is not just a human resources initiative but a strategic foundation for the way they do business.

Christy Lamagna, CMP, CMM, CTSM, president of Strategic Meetings & Events located in northern New Jersey, is a proponent of teambuilding. Lamagna witnessed time and again how teambuilding activities expanded the horizons of entry level employees, staff members and management officials when she served as the vice president of events and operations for the Cendant Corporation and directed trade shows and events at the Ziff Davis Publishing Company.

Lamagna says, “Teambuilding events at meetings leave attendees thinking about a lot of positive things to take back to the office afterwards.”

Teambuilding and Technology: Perfect Together

Chen states that connecting current technologies with teambuilding events results in the greatest of all outcomes. Chen, a Meeting Professionals International Supplier of the Year award recipient (2010) and one of Training magazine’s Top Young Trainers (2008), is the founder of Geoteaming, which provides teambuilding experiences that combine the latest technologies with outdoor adventure to create a high-tech treasure hunt.

Chen’s company has created more than 950 high-tech teambuilding events for more than 50,000 people for such companies as Microsoft (where he worked for 10 years), Booz Allen Hamilton, U.S. Bancorp and more.

At a national conference, Chen introduced for the first time TweetTeams or Twitter-based teambuilding. From that point, he claims technology “magic” was born. “More than 120 people attended this session, and many remarked that I opened new ideas on how they could use social media for their own teambuilding events,” he says. “And then, a representative from John Wiley & Sons approached me and asked me if I wanted to write a book on digital teambuilding games.”

The rewards of successful teambuilding are great, says Chen who believes that technology can enhance the process. “If you have the technology, you can engage in teambuilding at any time, from anywhere in the world, without the expense and time to travel. In addition, you can engage in digital teambuilding events, live, to inspire more online interaction when you’re not face-to-face. You can open or close meetings with these initiatives, too. Best of all, when properly executed, your group can reap the rewards of increased communication, trust and results,” he says.

One of the Geoteaming’s many popular programs is Goose Chase, a cellphone photo scavenger hunt using GPS, Web-enabled cellphones and digital cameras, which can be executed anywhere around the world. Participants download an app and log into a corporate customized photo scavenger hunt. Then, the teams are off on their mission, to gather photographic evidence of whatever is required of the hunt and upload it. Competition is spurred by real-time Facebook updates so each team knows its place in the contest.

The Dallas, TX-headquartered Omni Hotels & Resorts, a portfolio of 50 hotels and resorts in leading business gateways across North America, features teambuilding programs in many of its resorts and convention properties.

How to Teach Hostile Groups to Play Nice

Lamagna’s most recent teambuilding experience was a horse of a different color. She was tasked with transforming a company that was “very disgruntled internally.” Three strong divisions were facing a reorganization, and no one was happy about it as many were losing authority, control and status as a result of the merger to one entity.

Lamagna describes the assignment: “We were asked to bring these executives together and get them to interact, collaborate and, yes, play nicely. We understood the challenge we were tasked with and were clear on the corporate objective. We realized that the true end goal, even if the client could not articulate it, was to have the executives realize that the good of the organization was the most important thing and that their individual agendas had to be reframed to include working in an environment that included others.”

From the start, they were a hostile group. “They were angry, they felt justified for being angry, and most of all they were content to stay that way,” Lamagna adds.

To encourage the attendees to think outside the box, Lamagna decided on a corporate social responsibility (CSR) activity involving underprivileged children. First, members of the group were asked to build and paint a wall of cubby holes but were left in the dark as to why until halfway through the project.

According to Lamagna, they showed a short video about a local family who had 16 high-risk foster children in their small home — a family who would use these brightly painted cubby holes to store the children’s shoes, gloves and hats. “We then gave them the names of each child so they could customize each cubby. When they saw that what they were building was part of a much larger plan that went beyond them and their individual agendas, and that it wasn’t just about teambuilding as it was about doing something good for someone else, they shifted their stance and became enthusiastic about what they were doing as a team,” Lamagna adds.

“When the project was finished, we took the group to lunch, which was a refreshing break for everyone to discuss and review what had been accomplished. When they returned to the room where they had built the wall, they found we had put puppets in each cubby hole for each child. The kids and the foster parents were then brought in to meet the team that made it all happen and to see their new cubby wall, with their names on it and with the gifts inside.”

The end result was positive. Lamagna says the once disgruntled executives, who were now sitting on the floor playing games with the children and their puppets, saw themselves in a different light. They bonded with their fellow executives, and altered their egos in positive ways that mattered for the company and a greater cause.

In Holdings Inc. is a restaurant group of breakfast eateries about to open its fourth operation. Family-owned and operated, president Misty Young explains, The Squeeze In is very laid back and comfortable and has an easygoing vibe. We like it that way and work hard to create the feeling. The difference is that once the doors are closed for the day, we’re as focused as Apple in our strategic efforts and relentless pursuit of creating a wow experience for our guests and our associates.” Young uses a variety of teambuilding training programs for its general managers. “Before we took them on a special four-day retreat at corporate headquarters in Brookings, OR, we had the three managers rotate through each other’s restaurants for a full day’s shift, with the special assignment to bring back from that experience three new ideas and observations of each other’s restaurant to the retreat.”

For instance, the company sought praise where it was due, something to be improved, and new ideas they could take back to their own restaurant. Since the managers were driven to the corporate retreat in Brookings, a drive that took 7½ hours, the time was spent listening to popular audiobooks on leadership.

The idea was that later on at the retreat they could spend time discussing the ideas presented in the books and how they might incorporate them at personal and professional levels, as well as make their managing styles more effective and uniform — one of the desired effects of the corporate outing,” notes Young.

And, at a later point in the meeting, each manager also had to submit a onepage book report answering these basic questions about the audiobook: What were the three biggest concepts learned from this book?

What are the three ways you will be able to use this material meaningfully with your associates? How will this book make you a better leader?

Later, there was room for open-ended questions and comments. The biggest benefit we’ve found is that all the managers now have a uniform frame of reference and way of discussing concepts and ideas they know, understand and can use with confidence,” says Young.

While on the retreat, the Squeeze In group dined at various restaurants such as casual breakfast places, pizza parlors and fine-dining establishments. “And, because we’re restaurant people and secret-shop our own restaurants and managers, we had our three attendees complete a rating sheet with every aspect of the service they experienced for six separate meals,” Young adds.

The attendees rated everything from curb appeal to how they were greeted upon entering. They also rated timing, food presentation and overall cleanliness of the establishment — everything that could be rated at a restaurant from the customer’s perspective, they rated.”

Since the goal was to get everyone to see the bigger picture, particularly during a crucial period of expansion, Young believes these exercises helped unite the managers.

“It was fun to watch that happen. The objective was for them to really understand what they’re rated on and why it matters. And they got it, too, big time,” she says.

Toot Your Own Horn!

Chen reminds corporate meeting planners to toot their own horns. “Share your success stories,” he says. “After a teambuilding event, if you are able to create a tangible story of success, make sure to broadcast it internally and externally if possible and talk about the key factors that made that success possible,” he urges.

For instance, one of Chen’s corporate clients had a flagship store that operated as five separate stores under one roof. After completing just one of Geoteaming’s day-long, customized teambuilding events that focuses on cross-team collaboration, the five departments worked together and came up with some new and successful ideas.

This happened 10 years ago and, even in the economy that existed in 2002, they were able to hit an aggressive multimillion dollar sales goal because of this one simple idea. This success story is still lore today, and they now have years of cross-team collaboration experiences behind them and many more stories of what works and what doesn’t.”

How to Make Your Small Meeting Stand Tall in Las Vegas
Almost half of the meetings held in Las Vegas involve less than 500 attendees, according to the Las Vegas Convention and Visitors Authority (LVCVA). Read more.
meetingstoday.com

While the massive events get the headlines, almost half of the meetings held in #LasVegas involve less than 500 attendees, according to the Las Vegas Convention and Visitors Authority.

Read on to learn how to make your small meeting...

If it doesn’t fit in the plan, it shouldn’t be happening. #WednesdayWisdom

Should You Ditch the Buffet for Family-Style Event Meals?
New research suggests that sharing plates of food leads to improved negotiations, an idea that business events professionals could use to enhance...
smeplanners.com

Ayelet Fishbach and Kaitlin Woolley published a study that indicates that the way you serve a meal before or during the program could enhance cooperation among participants. 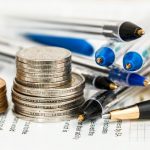 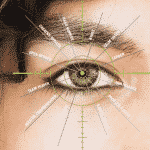 Anatomy of a Meeting PlannerArticles, Core Event Tasks, Personal and Career Dev, Resources, Strategic Planning
We use cookies to ensure that we give you the best experience on our website.Accept