But at the same time, the Sarbanes-Oxley Act, which tightens corporate financial reporting in an attempt to stem the corporate scandals of the past few years, has largely not forced companies to spend less money per meeting so far, as some had expected (see MeetingNews, April 19).

Those are the main conclusions of meeting planners who are contending with Sarbanes-Oxley Act, widely known as SOX. Publicly traded companies with market capitalizations of more than $75 million must comply with SOX’s reporting provision this year; smaller public companies, next year. “The decision process now has more layers and takes more time,” said David Lutz, president of Conferon, the large meeting planning firm based in Twinsburg, Ohio. “Hotels should expect that meetings from some corporations will have a longer decision cycle because of new approval processes.”

As a result of the Sarbanes-Oxley Act (SOX), for example, one Conferon customer has instituted more vigorous procedures for the selection of meetings venues.

“There must be an RFP, at least three bidders, and if the lowest bid is not selected there should be an explanation of why,” Lutz said. “Additionally, three or more management personnel may need to sign off on the final decision.”

At Rockwell Automation in Milwaukee, employees are assigned spending authorization levels and send invoices that exceed their limits to higher-ups for approval, according to Bill Severson, manager of meetings and special events.

“Sometimes that slows up the payment process because those people are not always here; they might be on the road,” said Severson.

He must also now send original invoices to accounting — before, he could submit copies — and that, too, can create delays in payments to vendors, he said. Accounting will accept faxed invoices but only if Severson specifies that they are the originals.

“We get by with that sometimes,” he said about submitting faxes, “but accounting doesn’t like it.”

Rockwell’s new reporting policy, which went into effect concurrent with SOX, requires more documentation to further hold those authorizing expenditures accountable. Before, Severson could initial and date an invoice and send it to accounting. Now, however, he must specify the purpose of the expenditure and date-stamp the invoice, in addition to signing his initials.

Contributing to the increased oversight by financial managers at some companies is the potential for meeting cancellations and postponements. At New York-based Cendant Corp., Christy Lamagna, vice president of events and operations, now sends contracts to the company’s finance department so managers there can factor the potential expense of canceling into their financial forecasts for future years. Previously, only the paid bills went to finance.

“If I have to cancel or postpone a meeting that’s scheduled for next year, the company is still on the hook for the dollars,” Lamagna said. “Finance has to know our potential liability.”

SOX also prompted Lamagna’s event marketing team to send contracts to internal meeting sponsors for approval prior to signing. Lamagna considers the extra step a benefit despite the additional layer of authorization.

“Everyone’s on board before contracts are signed — there’s buy-in from the business units,” she said.

Although some in the industry had expected SOX to pressure companies into a defensive posture against potential charges of extravagant spending on meetings — choosing a city hotel over a resort, for instance — planners say that scenario largely has failed to materialize.

“A lot of that lavish spending on meetings disappeared in 2001,” when the recession hit, said Pat Schaumann, president of MAC Meetings & Events, in St. Louis. “Companies have mostly stuck with their history. If they’ve gone to resorts, they’re continuing to go to resorts.”

Lutz agreed. “We haven’t noticed any decision changes because of SOX,” he said. “Most of the companies we work with are aware of the extremes.”

Incentive trips pose few problems despite their recreational focus because companies usually can justify the spending based on increased sales or other quantifiable goals, Lutz pointed out.

“Incentives have tight rules around them,” he said, “with measures for return on investment.” Julie Carroll, national director of purchasing and industry relations for WorldTravel Meetings & Incentives, in Chicago, said that some corporate clients have cut back slightly on the length of trips. But she attributed the tighter measures as much or more to corporate cost-cutting as to SOX.

“Even prior to the act,” Carroll said, “corporations were addressing a more strategic and controlled environment for meetings management.”

Although SOX most directly affects corporate planners and their companies, meeting vendors also are feeling it, according to Julia O’Connor, president of Trade Show Training, a trade show marketing consulting company based in Richmond, Va.

O’Connor said she knows of meeting planners for two large companies who are now discussing with their respective finance managers the format by which vendors must submit invoices. Vendors may face the burden of devising different invoices and reporting procedures detailing their charges — in different accounting software — for different companies.

“If you’re a small company and not reporting in the customer’s system format, they may not be able to use you,” said O’Conner. “Planners are spending time with finance right now to find out what they have to do to keep smaller vendors.” Hotels, as corporations themselves, are conforming to SOX by making it harder for groups to back out of contracts without paying higher cancellation fees.

A sales manager for a large convention hotel, who asked not to be identified, said SOX puts more pressure on corporate finance managers to project revenues on solid claims of future business.

The rationale underlying the requirement, he said, is to prevent companies from borrowing money against future earnings that are, in effect, highly questionable.

“We’re trying to make the contracts airtight to minimize our risk,” he said. At his facility, the sales manager said that groups booking, say, eight years in advance of the meeting date could previously cancel by five years out and not pay any damages, based on the presumption that the hotel could easily resell the space.

Now, however, groups must pay 10 percent of the contract at signing. Additionally, they pay double the percentage that they would have otherwise paid for canceling at each specified time period prior to the meeting. “The relationship between for-profit hotel companies and not-for-profit associations is changing as a result of SOX,” he said. “And it is changing quickly.” 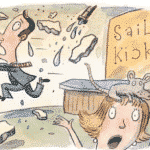 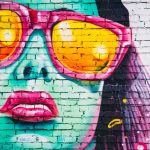 Corporate Planners | Seeking A Consensus On TrendsArticles, Core Event Tasks, Resources, Site Selection, RFP, and Site Visits
We use cookies to ensure that we give you the best experience on our website.Accept