Many buyers have railed against Marriott’s new procedures on industry listservs; on Meetings Radio, an Internet radio program; in letters to MeetingNews; and in calls to Marriott. In spite of the outcry, the hotelier is calling the program a success.

Last fall, Marriott announced that, effective June 1, independent planners must be registered with the International Airlines Travel Agent Network (IATAN) to collect their commission payment on business brought to a Marriott, JW Marriott, Renaissance, or limited-service property of the company.

At press time, it was undetermined whether Ritz-Carlton will also implement this program; a Marriott spokesperson said no firm timetable is set for a decision on the luxury brand’s participation.

In return for getting the IATAN certification, Marriott promised planners consolidated commission payments and a quicker cutting of checks (see MN, Nov. 27, 2006).

Following the announcement, some planners called for a Marriott boycott, while others went out and got IATAN certification. Then, meeting contracts with the following clause began arriving on planners’ desks: “The hotel reserves the right to deduct from any future commissions payable to [the planning company] for other events any commission paid in connection with this event, if the master bill is not paid within six months after the conclusion of the event.”

For some third-party meeting managers, that was the last straw.

“I was a supporter of the IATAN requirement because industry certification is a good thing, but Marriott blew it with this clause,” said Christy Lamagna of Strategic Meetings and Events, in Bernardsville, NJ. “Enough is enough.” “Our average speed of payment on commissions had been 90 to 120 days because our hotels were withholding them until master accounts were settled,” said Stacie Canova, director, intermediary partners. “So for us to provide consistent payment, we needed to find a way to make payments even when the master bill wasn’t settled. We don’t anticipate ever needing to enforce this clause.”

Added Julius Robinson, vice president of sales intermediaries, “In no way is this meant to take commission away from third parties. I’m sure there will be a process to review these situations on a case-by-case basis.”

Marriott officials were motivated to add this clause to the company’s meeting agreements, in part, as a way to get independents to nudge deadbeat clients, they said.

But Lamagna countered, “And at what point did I become an unpaid collection agent for Marriott? Fabulous; where do I get my certification for that?”

Added Steve Collins, owner of Resort Meeting Source, in Breckenridge, CO, “First, they instituted this program to save money and now we’re supposed to help them chase their customers? What are the Marriott accountants doing these days?”

Still, Canova insisted that most customers have responded positively to the IATAN requirement.

“Many third parties requested this; we’re actually receiving accolades,” she said. Among fans of the move is David Bruce, managing director of CMP Meeting Services, in Southlake, TX.

“It has made my life a lot easier already, from the standpoint of not having to contact hotels repeatedly to ask when, and if, I’m going to be paid,” he said. “I am pushing for other chains to follow suit.”

And they may do just that.

Said Fred Shea, vice president of sales at Hyatt Hotels, “We are looking at what Marriott is doing very closely to determine the positive and negative impacts.”

A Hilton Hotels spokesperson said the company does not require IATAN certification of meeting planners currently but noted, “We’re studying the commission process.”

Starwood Hotels is watching the Marriott program with interest but likely is not going to copy the latter company’s controversial contract verbiage.

Look at what this seasoned veteran had to say on "The Strategic Planning Guide for Event Professionals."

We reached out to MarkCharles Misilli, who shared one of his favorite recipes that can be cooked in the fourth burner pot. This asparagus with ‘hurry up hollandaise’ promises to be in an upcoming cookbook, but we got it first!

How to Use Social Media for Genuine Event Engagement

The Strategic Planning Guide for Event Professionals: How Strategic Events Will: Ignite Your Career, Transform Your Company & Elevate the Entire Meeting Industry
Christy Lamagna’s expertise lies in turning events into powerful sales tools that drive business value. In this book, she clearly and definitively demonstrates how companies seeking a competitive edge can follow the “Discovery Process” and embrace strategic event planning. Dr...
amazon.com

On Christy's book, one reviewer writes: "If you want to avoid hosting a meeting that is ill-thought out or doesn't achieve your goals, read this book."

Don't wait to reach your next level of career success! 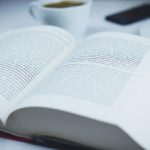 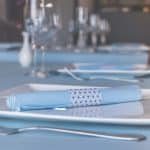 Decorating On a Budget – Creative Ideas for Memorable DecorArticles, Core Event Tasks, Decor, Finances, Food & Beverage, Resources
We use cookies to ensure that we give you the best experience on our website.Accept