Meeting Planners Will Face Challenge of Rising Attendance Costs in 2018 When it comes to attending a meeting or event in the year ahead, it really is a seller’s market. Meanwhile, travel costs for attendees and planners are on the rise. Buckle up for increased spending.

Thanks to a stronger economy and growing demand, the predominant trend for the meetings and events industry is positive growth for at least the next year, and even beyond.

“Economically, all the leading indicators that we rely on have remained largely unchanged, which translates into this continued, slow and steady growth,” said Mike Wainwright, vice president of sales for Marriott’s Convention and Resort Network. “The only difference we’re seeing now from the previous cycle is a modest increase on the supply side.”

RECOVERING FROM THE RECESSION

The meetings and events industry has definitely rebounded from the 2008 economic crisis, said Phelps Hope, senior vice president of meetings and expositions for Kellen Co.“It’s been a slow climb since the global financial crisis. Not all segments grew at the same rate and not everybody has been profiting, if you will, from that growth. But now, as we look back seven to eight years on, we’re actually thinking, ‘Oh wow, we’re closer to the top of the hill than we thought.’”

The immediate result is that there are more meetings and events taking place around the world.

But while the news of overall growth in the industry is positive, the total cost per attendee per day for meetings and events around the globe has gone up, according to Carlson Wagonlit Travel’s  2018 Meetings and Events Future Trends report.

Despite a growth in global airline capacity and more hotels opening than ever, airfare costs are expected to increase globally by 3.5 percent in 2018 and hotel costs are projected to rise 3.7 percent.

Supply and demand continue to be strong drivers, according to the report, which provides forecasts for four regions, including North America; Europe, Middle East and Africa; Latin America, and Asia Pacific.

“From my perspective, in my world, in dealing with the large meeting groups and conventions, the costs of meetings for an attendee is keeping track with inflation,” Marriott’s Wainwright said. “All of our hotels are functions of the economy in general — from the costs of utilities to just standard supply and demand pricing metrics. It rises naturally as with any bushel of goods with inflation.”

The CWT report forecast that the costs of both hotels and airfare will increase by 2.5 percent in North America in 2018. That’s because hotel demand is outpacing supply, especially in cities with ease of transfer, or air links. Additionally, hotels are getting creative with driving incremental revenue, including concession bundling for things like parking or transportation of golf clubs.

Meanwhile, the complete opposite is happening in other parts of the world, particularly in Europe, the Middle East, and Africa, where a hotel supply surplus isn’t really in play, and hotels are unbundling costs where possible.

“As the economy heats up, costs go up, because with more frequency of meetings and events, the hotels are filling up,” Hope said. “It means that they can charge higher rates and they’ve got less occupancy so they start charging more for the space they have. Same thing with convention centers and everything from audio-visual companies to transportation companies. Because of that supply and demand curve, we find the costs do go up in certain areas as per attendee.”

WILL PLANNERS BE CAUGHT IN THE MIDDLE?

Meanwhile, meeting and event planners like Christy Lamagna, founder and master strategist of New Jersey-based Strategic Meetings and Events, are bracing themselves for difficult conversations around costs.

“What’s interesting is clients struggle to accept the fact that costs are going up,” Lamagna said. “One of the frustrations is when costs rise but budgets don’t. There’s never a blanket statement that you cannot get more money, but for the majority of us, the focus is on how to do more with less.”

The challenge, she said, is that many organizations don’t get to see the true value of meetings because they are simply seen as event logistics. “It’s not a strategic vision that’s being carried out,” she said. “They’d rather spend the money somewhere else and based on the way people plan meetings, they’re right. It could be done differently.”

Lamagna is calling upon her fellow planners and meeting professionals to articulate the value of meetings when faced with a conversation over budgets and rising costs. “It’s partially incumbent upon us as an industry to organize and educate ourselves on what the strategic value and power of meetings are and educate the people around us,” she said. “There needs to be an understanding on why meetings should be considered an investments not expenditures.” 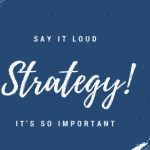 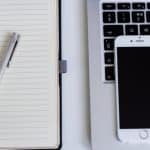 Sales Follow-Up Calls and Emails: Why, When, and HowResources, Sales and Marketing, Strategic Contributors
We use cookies to ensure that we give you the best experience on our website.Accept