Travel agents and meeting planners feel betrayed by Marriott’s – and now Hilton’s – move to cut commissions on group bookings. They’re grappling with ways to deal with the cuts, even as they fear more hotel companies may follow suit. It’s not personal, though; it’s strictly business.
— Robin Amster

Travel agents and meeting planners have remarkably similar views on recent moves by Hilton Worldwide and Marriott International to slash commissions for group bookings. It’s hard to feel positive about your business partners reducing your compensation, even if tension has been building in the ecosystem over a period of decades.

The commission cuts from 10 to 7 percent—initiated by Marriott and followed just two months later by Hilton—are an assault on the giant hotel chains’ “trusted partners,” those indispensable to the chains’ distribution channels, said agents and planners who spoke to Skift.

Marriott, whose cuts took effect on March 31, said it’s had concerns about funding technology expenses for an updated meetings booking platform, while Hilton’s decision is based on reducing costs for its owners and their need to reinvest in their properties. Hilton’s cuts are effective Oct. 1.

“When looking at CEO compensation and stock prices, it’s clear that what is being said regarding the need for cuts conflicts with what shareholders are being told about record profits,” Lamagna said of Hilton’s move. “If you are going to make a decision, own it.”

Both planners and agents are grappling with ways to deal with the development at the same time that they fear other hotel companies may follow suit.

“I might book away from Marriott or Hilton,” said Trish Gastineau, owner of Simply Customized Travel. “As a business owner whose goal is to be profitable, I need to make the wisest decision for both me and for my clients. If I can make my client happy while earning 30 percent more money, I’d be crazy not to consider it.”

Gastineau likened the hotel commission cuts to travel agents’ Battle of Waterloo: the infamous airline commission cuts that started in the 90s, which proved a disaster from which the agent community has clawed its way back. The elimination of commissions rocked the travel agent community in the U.S., causing half of the agencies in the country to close and forcing far-reaching consolidation among the survivors.

“We have been through this exact same challenge back when the airlines began cutting commissions to agencies,” said Gastineau. “Smart agencies will start looking for ways to service their clients in a way that still keeps them profitable.

“If this means adding new technology in order to be more efficient, or increasing or adding service fees, or out and out changing their business models, they need to be planning now.”

Travel agencies, for instance, have pivoted to charging service fees based on the complexity of a booking. A similar move could be necessary as some meeting planners look to replace the revenue they are losing on commissions.

“I know there’s a lot of huffing and puffing about this, but there’s certainly historical precedence in this industry—and most others—for trying to cut out the middle man when business is strong,” she said. “No one likes it, but it should certainly not come as a surprise.”

Hotels used to have planners on staff, for instance, but that job has disappeared over the last 20 years as it became more cost-effective to outsource the time-intensive process of selling meeting space and coordinating actual events.

For their part, meeting planners will have to seek new ways to compensate for the cuts, according to Lamagna. The irony is that commissions are sent to planners from the money a group pays for a booking; in other words, the money isn’t exactly even coming out of a hotel owner’s pocket.

“The financial shortfall will have to be absorbed and new revenue streams created,” she said. “Having to pass costs along to clients forces planners to have difficult conversations for a situation they did not create. The hotels not only took money from our pockets, they saddled the negative pushback from the decision onto planners. That’s unforgivable.”

Lamagna went even further: The money “saved” by Marriott and Hilton’s commission cuts will force some planners to go out of business and create shortfalls for others.

Not all planners are created equal; a variety of intermediaries like sourcing groups has led to a glut of groups that take a commission on a sale while providing limited value to clients. There’s also the matter of the fees and marketing dollars individual hotels send to companies like Cvent to have their meeting spaces listed more prominently.

Gavel believes other hotel companies will sit back and see how things play out and follow Marriott and Hilton if those companies survive an agent backlash, “which they appear to be doing.”

But Lamagna thinks it’s a certainty that others will follow.

“I have no doubt that other major chains will follow suit,” she said. “Those who don’t should be applauded.” 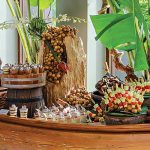 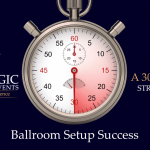