The decision by Marriott International to cut commissions paid to third-party meeting planners from 10 percent to 7 percent for all of its hotels in the U.S. and Canada is causing an industry uproar.

The commission reduction will take effect March 31, 2018, but will remain at 10 percent for countries other than the U.S. and Canada. Marriott, the largest hotel company in the world, will pay the 10 percent commission for contracts signed prior to March 31.

Industry reaction ranged from independent planner rage to a more-reserved, yet critical, reaction from the leader of a major third-party planner firm.

First, here is an official statement from a spokesperson for Marriott International:

“At Marriott International, meetings and events represent a critical part of our business as well as an opportunity to drive innovation and win with customers.

“The current business model and environment, however, present significant obstacles to making the investments needed to deliver a world-class experience for customers. While group intermediaries play an important role in the marketplace, costs for our North American hotels and owners are growing at a faster pace than group revenue, which impacts hotel profitability.

“To strike a balance and ensure the long-term health of our business, we will reduce commissions to intermediaries from 10 percent to 7 percent for all properties in the U.S. and Canada, effective March 31, 2018.”

Following are responses from third-party planners and the firms that represent them:

“We are disappointed in this reduction, of course. The hotel market in the U.S. is at an all-time high and the stock market is also very high. Marriott stock was $18 in 2008 and now is $144.92 today.

“They have north of 40 percent market share in most U.S. cities with 30 brands. Marriott is a smart company and if this strategy is right they will stick with it, and if it backfires they will likely reverse their course. ConferenceDirect is a customer-centric company and our customers make the buying decisions.

“Time will tell if this new idea of 7 percent is a smart idea or not.”

“In a letter sent to third-party planners, Steve Heitzner, Marriott International’s chief sales and marketing officer for the Americas, said in part, ‘Many corporations and organizations rely on group intermediaries for sourcing, contracting, and planning meetings and events.’

“This is true; in fact, for many in our industry, commission is the only compensation received. Corporate clients in particular have viewed commissionable rates as a great cost-savings. Many of us who also offer full-service meeting management have long positioned our ability to get commissionable rates for our clients as a way to keep our management fees lower because part of our compensation has come from the hotels.

“While publicly Marriott may say that they ‘understand the value these third parties bring,’ why are they so easily willing to risk alienating an entire segment of the industry? Steve may as well have said, ‘While at one time we considered third-party professionals important business partners to Marriott, we no longer consider them important enough that we aren’t willing to risk alienating them by slashing their commissions.’

“We’re really going to need to push back against this one, folks. This is a big mistake and we need to let them know how we feel, loud and clear, and with a unified voice.”

“According to the Marriott News Center, adjusted earnings before interest, taxes, depreciation and amortization (EBITDA) totaled $756 million in the quarter, an 11 percent increase over fourth quarter 2015 combined adjusted EBITDA. That plus Arne Sorenson making over $12 million in 2016 … makes it hard to understand why they think they need to put their hands into my wallet.

“I believe it was Marriott who [led] the way in requiring planners to have IATA numbers to get commissions. This is simply the next step in squeezing the little guy, as they believe with the merger, they are invincible.

“This news is unsettling. Many meeting planners who have their own companies rely on this commission as a major source of income. The commission is often used as a bargaining tool with the contracting client in order to get the business and reduce the total cost to the client, so this reduction is a further hit to the revenues the planner can earn. Planners and clients do have a choice of the properties they use, and this move will further erode the profits Marriott hopes to build.”

“My take is that first of all Marriott knew what it was doing all along. I’m guessing that a big part of the reason for them buying Starwood is so they could have enough ‘bulk’ to make this move viable.

“Secondly, the Marriott-Starwood merger smacks of a monopoly, and less choices for the consumer always translates into lower service levels and higher rates. So not only is it a major hit for third parties, but the end user is ultimately getting less for more.

“Then there’s just simply the lack of respect for our industry. I recently had a hotel in San Diego tell me that roughly 80 percent of all the group leads they get are generated from third-party planners. How much is that saving hotels overall, just in the form of not having to hire more sales people?

“We do it FOR them and they should be thankful, not cutting our commissions.

“Is this the Trickle-Down Economics at work? I’m assuming Marriott’s taxes just went down by more than 10 percent, right? They call us their partners—if my partner behaved this way, I guess I’d be looking for an apartment and a Trans Am…

“Marriott is the epitome of ‘Big Corporate.’ Since I’ve been in the business—for over 15 years—I’ve seen them discard dedicated long-term employees under the guise of reorganization. They have almost no one left at the property level and have regionalized sales efforts, which leads to less property knowledge and frankly more apathy; they’re not doing their individual hotels any favors there.

“Third-parties are a huge part of the fabric of our industry.

“This is a clear shot over the bow and I have no doubt that Marriott would completely discard group commissions if it didn’t think it would impact their bottom line too much. They are trying to become the only hotel group consumers need to check with. Good for them and bad for the consumer.”

“As an association, MPI’s focus is on ensuring the long-term and sustainable financial health of the events industry, and raising the professionalism of those who work in it.

“MPI’s membership consists of a broad and diverse community of event professionals who are directly and indirectly impacted by this decision, including thousands of third-party planners, the global hotel brands and numerous Destination Marketing Organizations (DMOs).

“Third-party organizations have become an integral part of the live events industry value chain and are a proven and important resource for planners, destinations and venues. As in any business relationship, the value of services provided needs to be determined by the organizations benefiting from said services.”

Lori Tenny contributed to this report.

Meetings Today reached out to others for reactions. We will update this article as responses come in. 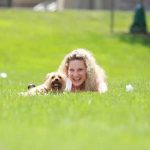 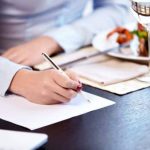 Strategic Tips for Planning Your Next TastingArticles, Food & Beverage, Free Tools and Guides, News Flash, Resources, Strategic Planning
We use cookies to ensure that we give you the best experience on our website.Accept