Christy Lamagna Has The Solution

You have to hire people who are smarter than you are.Click To Tweet

One of the most unpleasant aspects of business is going to lousy meetings. We’ve all been there. Boring speakers. Uncomfortable rooms with poor lighting and sound. Not enough coffee.

Worse than all of these are meetings that have no call to action. You wonder, “What am I supposed to do with all of the information I just learned?”

Meetings don’t have to be like this. And they won’t be if you work with an event strategist. I didn’t even know such a job existed until I decided to write about ethical issues in the meeting planning industry and discovered a woman named Christy Lamagna, CMP, who is taking the industry, and the businesses they work with, to a higher level.

Christy is the CEO of Strategic Meetings & Events, a private company with offices in Chicago, Palm Beach, Seattle, San Francisco, New York, and Bernardsville, New Jersey. What follows are highlights from a conversation I had with Christy at the Forbes headquarters in Jersey City, New Jersey. Bruce Weinstein: What is an event strategist?

Christy Lamagna: A meeting planner and an event planner execute logistics, and when someone asks them to produce a meeting, they find the venue space and they execute an event. An event strategist will work with key management to influence what attendees leave saying, thinking and doing. We influence behavior.

Weinstein: Who is a dream client for you?

Lamagna: Someone who truly wants to make their events a meaningful part of their organization. Events are the only three-dimensional embodiment of a company’s marketing message. I want to speak to someone who truly gets excited about that, who says, “I do want to hear what my attendees are looking for because my ego isn’t what’s important, it’s the content,” and who truly respects the power that meetings can have.

If a prospective client just wants to check a box or throw money at a problem so they can say they did it, it doesn’t matter how much money they want to give me. We’ll both be frustrated because I want to do so much more for them and they can’t appreciate that.

Weinstein: Have you turned down clients who were able to pony up the cash but who were box checkers?

Lamagna: Yes. I can’t take your money if you’re not going to appreciate what I’m doing. I’d rather you go work with someone else and let me work with people who I can truly deliver everything possible to. If I take business that isn’t right for me, it’s going to prevent me from taking business that is, and neither of us are going to say good things when it’s over because we’re both going to be disappointed.

Weinstein: What should Forbes readers keep in mind before they hire an event strategist?

Lamagna: Anyone who thinks a PowerPoint deck is the best way to establish a relationship and tell you what they do, doesn’t understand the meaning of events. If you work with someone who the first question they’re going to ask you is, “Let’s talk about budget,” or, “Let’s talk about location,” they’ve missed again.

Instead, you want the strategist to ask, “What’s your goal for having this meeting? Tell me what you would like to accomplish. What do you want your attendees saying, thinking, and doing when they leave?” The goal is to make events investments, not expenditures.

A planner who tells you they can do everything is either charging you too much or not telling you the truth. You have to hire people who are smarter than you are. I have a sister company that does all of my production because I can’t focus the lights and program the audio.

Lamagna: We’re not, but we should be. After all, we’re in charge of tens of millions of dollars and more importantly, the safety and well-being of thousands of people.

Weinstein: It’s like anyone can call themselves a therapist, anyone can be-

Lamagna: Anyone can be a planner. There are exams, and there is training, but at the end of the day there are no universal standards. You can hire your administrative assistant to plan your meeting. Who’s going to stop you? The admin is going to be thrilled because she gets to go on these free trips. That shouldn’t be happening. It’s a matter of ethics.

Weinstein: So when someone becomes trained or certified as a meeting planner now, how much training in ethics do they get?

Lamagna: To become a CMP, a Certified Meeting Planner, you have to get re-certified every five years. You take an exam. There are some ethics questions on those exams.

Weinstein: Is this sufficient training to meet the ethical challenges in the industry?

Lamagna: No. Just because a person has a CMP doesn’t mean that person has the integrity to be a planner. For example, I get between three and six invites a week from vendors, “Come to Dubai.” “Come to South Africa.” “Come to New Zealand.” We call them “fams” — familiarization trips.

I want to go to all three of those places. The vendors pay for everything. But I don’t have a client who wants to go to New Zealand.

Lamagna: But I’ll respond by saying, “I’d love to go to your country. I don’t have a client now, or even on the horizon, who’s looking to go to New Zealand, and I know it’s going to cost you $6,000-8,000 per person. You can spend it on someone who’s potentially going to be there.”

Lamagna: When I go on a site visit, a hotel is going to roll out for the red carpet for me and say, “Christy, you’ve got to come and stay for two days, see the hotel. We’re going to put you in the penthouse suite.”

But it’s incumbent upon me to say, “I need a regular room because if I’m here, I need to know what that’s like as that is where my guests will be staying.”

I’m not the person paying the bill. I can never confuse myself as an invited guest. It is never about me. Although I’m representing the company that’s writing those checks, I’m just the paid help.

This edited and condensed interview doesn’t do justice to the far-ranging conversation Christy and I had. I was impressed by her humility, courage and honesty, including telling me about mistakes she has made and she’s learned from them.

As we’ve seen throughout these columns, high-character leadership is the key to a business’s long-term success, and Christy Lamagna is an excellent example of this.Click To Tweet 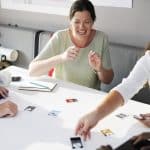 Boss vs. leader: Each has a purpose, which one are you?Articles, Leadership, Personal and Career Dev, Resources, Team Management 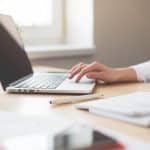 Strategic Steps To Successfully Achieve Your Business GoalsArticles, News Flash, Resources, Strategic Planning
We use cookies to ensure that we give you the best experience on our website.Accept