After a long, hot summer of skyrocketing fuel prices, airline bankruptcies, flight disruptions and cancellations, business travelers are looking longingly at the concept of high speed rail travel in the U.S. This has long been an option abroad. “When planning meetings in Europe,” said Christy Lamagna, president of Strategic Meetings & Events, “we absolutely make use of high-speed trains for attendees and staff alike. It’s a convenient, user-friendly option.”

As November looms, high speed rail is on voters’ agendas—and on the ballot in California. A referendum (Proposition 1A) in California would designate $42 billion to a ballot measure that will combine public and private funds to develop a high speed rail train connecting all of the state’s population centers (Sacramento, the Bay Area, the Central Valley, Los Angeles, the Inland Empire, Orange County and San Diego). If built, a trip between the Bay Area and Los Angeles would take 2.5 hours (and cost $55 for a one-way ticket). The targeted completion date is 2020.

“If we don’t choose high-speed rail, we will have to build 3,000 additional miles of freeways and have five additional airports built,” said state assembly member Cathleen Galgiani (D-Tracy), who wrote the language of Prop 1A. Speaking on her assembly report, posted on YouTube, the assemblywoman outlined the proposal as a job-creating measure that will relieve California travelers’ dependence on oil and aviation.

California’s ballot measure has strong local and national backing, but are the presidential candidates getting on board with the concept of high speed rail?

Neither presidential nominee responded to MeetingNews’ request for comment; however, Senator Barack Obama has gone on record in favor of high-speed rail. During a recent campaign speech in the Midwest, he said, “One of the things I have been talking about for awhile is high speed rail connecting all Midwest cities: Indianapolis, Chicago, Milwaukee, Detroit, St. Louis. They are not that far away from each other … because of how big of a hassle airlines are now.” Senator John McCain is on record as frequently opposing Amtrak, if not rail. In 2002, McCain was quoted as saying, “Amtrak should be restructured to eliminate its reliance on the American taxpayers and to allow for its privatization.”

Meanwhile, Romero said the future of high speed rail travel in the U.S. is not about speed but increasing the number of train cars available for travelers, as well as maintaining and building new track.

“Europe has a completely different infrastructure than we do. There’s one train for passengers and one for freight, whereas in the U.S. we have just one. There is also the problem of distances in the U.S.. Amtrak has no plans for expansion in high speed rail.” Romero added that the future of improving rail service in the U.S. lies in improving corridor services on tracks of 500 miles or less, from city center to city center.

“That’s baloney,” said Richard Hamish, executive director of the Midwest High Speed Rail Association. “Distances are not a problem by any stretch.”

He pointed out that in Europe, where high-speed rail is an everyday fact of life, distances include vast areas of Eastern Europe, including Russia. He also pointed out that Amtrak’s board is appointed by president George W. Bush, a strong anti-railer, and that board members include the Secretary of Transportation, who is also known to be strongly anti-rail.

“Business travelers need to go out and contact their elected officials and tell them that high speed rail is not a luxury but a necessity,” Hamish said. He said individual states have the option to build new track to support high speed rail service or work in tandem with private owners to support it.

“I would love to consider high-speed trains,” said CMP, CMM MaryAnne P. Bobrow, of Bobrow & Associates.”But the truth is, the way our trains are operated here does not make this alternative a viable one. Freight trains have the right of way on Amtrak lines, causing passenger trains to wait and wait, making their schedules useless. I recently took a train ride in California and it took 15 hours. I could’ve driven in five.”

Meantime, whether supportive of high speed rail train service or not, every day Amtrak is selling out its Acela routes in the Northeast Corridor. “I absolutely use Acela in lieu of flying when possible,” affirmed Lamagna. “The trains are comfortable; I can use my laptop and cell phone without a challenge, and stretch out easily. And, there are no security checkpoints to battle. I arrive feeling much more relaxed and refreshed than after flying.” 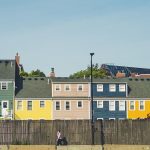 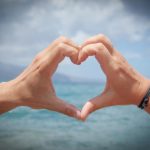 Learning To Love ContractsArticles, Core Event Tasks, Negotiations, Personal and Career Dev, Resources
We use cookies to ensure that we give you the best experience on our website.Accept